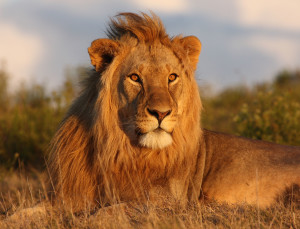 Today is the last day of the final July gateway. We must consider that each of these amplifications, whatever their focus, are preparation for coming energies and upgrades. 2015 is moving us right along and at warp speed toward an unknown destination that is equally so both in our hands and not! In other words, Ascension is happening for Earth and her people, yet not all will choose the same outcome. It is crucial that the individual be very clear in the future they intend to align with and hold the energy and intention of that future in daily choices, thoughts, emotions and actions. 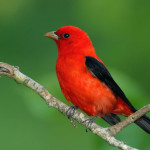 Today I witnessed a scarlet tanager in a very attention getting setting. I did not initially know what it was but felt instinctively that it carried an important message about this NOW. Sure enough, this little bird with vivid color and song reflects that a harsh message must be heard. We can easily pivot our awareness in any direction to catch a glimpse of the extremes playing out in our world, yet the Shining Ones remind us that extremes reflect balance. Our planet is undergoing a massive reset and for balance and a new set point to be achieved, we will witness many extremes for the purpose of, as the Tanager expresses, getting this humanity’s attention. We then have the choice of a very different response, a different lens of consciousness within which to view these extremes and the power to use our mind, bodies and energies in such a way that we are participating with a new balance or the zero point field.

One such story in the media in this NOW is about Cecil the lion and the Michigan dentist that paid 55 grand to hunt and kill it. Always come to any information or situation with the awareness that whatever extreme is getting the attention, that there are other forces complimenting the extreme that helped it to actualize. Contemplate that. With this example of extreme (and there are many) it is wise and illuminating to ask why it has gotten so much media attention and why people are so outraged? Work with me here… remember complimenting forces, following the energy further upstream to gather more of the back story and thus, reflections of the people we have been. 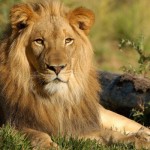 This story has people all riled up, spending an absurd amount of money to hunt and kill an innocent, defenseless and beloved animal. We are able to stand outside of this situation and rally against the choice of a lifestyle that appears so heinous and self centered. We are, indeed, a self-centered species. We are also often myopic in our perspective. The real question at the heart of this one edified extreme is, will the outrage spread to the unspeakable torture that happens everyday to innocent and defenseless animals? Could Cecil, as with the Tanager, be a messenger from a more conscious and aware future to change the way we view and treat all life?

All around our world everyday – and most especially so in the United States, hundreds of thousands of cows, pigs and chickens are tortured, raised in cruelty, treated inhumanely, objectified and regarded without any sense of humanity or consciousness. Millions of hUmans benefit and even delight in the outcome of this inhumanity. 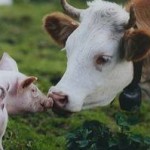 Remember, again, complimenting forces – we must be willing to look at our individual and collective role in the humanity we have chosen to be. On the one hand we can look at Walter Palmer and his extreme lifestyle and easily make him a scapegoat. And yet, when we buy and eat much of the commercial meat products in grocery and restaurant chains, are we being any more humane? This story and the imbalances measured out in our world everyday are reflections of consciousness and energy – and more importantly, the willingness to move with the crowd and remain unconscious rather than seriously invest in an “extreme” lifestyle change. Cecil lived a long life roaming free in abundant nature – juxtaposed to millions of animals that live in fearful captivity in an environment that witnesses brutality and torture on a daily basis. Does the fact so many are so outraged and willing to speak out on Cecil’s behalf reflect that we are becoming a more HUman society? I pray this is so. The deeper contemplation is how brightly are we willing to shine the light on every facet of society as we know it?

A new level of existence is trying to get our attention. 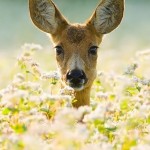 The fact we are even listening speaks to the work we have done and the strides we have made in our return to a spiritual world. What is the saying, “don’t shoot the messenger”? I AM, in no way excusing or even defending this person, Walter Palmer, who is clearly out of touch not only with the imbalances in our world, but in his own relationship with life and perhaps even himself. But I am suggesting that there is a bigger message here – the extremes are far more valuable and transformative in nature than a casual glance and judgement will reveal. These extremes that are manifesting on the world stage ultimately speak to a new balance pushing up beneath the insanity of unconscious life life a new bud disturbing the dirt of the foundation it was neatly planted in. Extremes reflect balance –  will we take the harsh message to heart and with awareness, compassion and hard won wisdom, become a new HUmanity? All life is sacred, we do not get to pick and choose what is and is not acceptable in this matter. Transparency, transfiguration, transcendence – these are the lighthouses on the horizon of a new way of life and a very new hUmanity.

Discernment, rather than judgment, and Divine Neutrality is the wise choice as you witness the extremes and are exposed to higher vibrational states of consciousness. Our awakening and expansion lies in opening to the unknown, the organic, unscripted, personal experiences of all that is shapeshifting and resetting to a new state of balance and peace within and without. As you do so, you create bridges to the highest possibilities of the pure and true Ascension, recognizing and remembering always that evolution has an all inclusive nature. Truly, there is no other.

With Deep Gratitude to the Light and to Love for the patience and illumination streaming on our behalf.
Joyous Love,
DeAnne