Today (the 25th) is the beginning of the final gateway for July – as well as the opening of the Lion’s Gate portal~ What has this day been for you, what have you felt, what experiences did you engage and with whom? It is likely that the day went sideways from any known plans and routines and, if you allowed and just moved with the graces of this immense light, you were swept up into magic and bliss, wonder and vibrations of Unity. Sigh~

For those of you who are not familiar, the Lions Gate, 8/8, is one of the most potent, high frequency days of this year, with amazing potential for positive change, both globally and personally. This portal opens between 25th July and 12th August 2015 whilst the Sun is in the astrological sign of Leo the Lion. During this time, waves from Galactic Center bathe the Earth with light keys and codes to assist in the evolution of the planet for the next cycle. If today is any indication of the potency of this year’s Lions Gate, the potential for lifting above and seeing your life and circumstances from a new horizon is high this month, indeed. We have been showered with and adapting to multidimensional merge sequences the better part of this year on behalf of a newly empowered vertical alignment with the Christed Self. August, with the gift and presence of this Lion’s Gate will amplify this vertical attunement and present with more of the “doors opening” theme we talked about in the 7/12 New Human webcast.

As for this July 25 – 29th Gateway, the focus is the transmutation of any remaining fears about embodiment, the current Shift underway, or the Ascension itself. The higher your reach in attaining the highest version of your Self while in a body, the more critical it is to be Self aware in your ability to adapt, integrate, remain neutral in otherwise reactive circumstances and consistently open to higher levels of light. As much as there is opportunity to experience exceptional periods of bliss in the Ascension process, so too is there the potential to experience varying degrees of fear. We will look at the typical fears associated with Ascension, as well as prepare the body, mind and spirit for the Lion’s Gate on the 8/4 transmission of the New Human.

In addition to the magical moments shared below that I experienced while spending 1/2 a day today in the Shining Ones Vortex – I also experienced a 2 hour download of bliss that included a meditation for this coming webcast as well! You will LOVE this meditation with all your heart! ? It is a Transfiguration Meditation set on a background of a mesmerizing mantra the higher realms have been flooding the cosmic soundwaves with in these past weeks. Again, just so much WOW and Grace and Divine Order…

As I was coming down off the mountain via the Central Column Trail today – I had a fortuitous encounter with a giant quartz rock – just spectacular with exquisite facets and a WHOLE LOT TO SAY. Not the least of which that it wanted to come home with me. Thankfully I had a strapping and handsome young man more than happy to be my Sherpa – at more than 20lbs – carrying that rock myself though doable – would not have been easy. I have a picture below – along with a video of radiance for you to take in, breathe into and invite the fullness of this Gateway and the Lion’s Gate portal into your heart and Soul.

Mark your calendars NOW for 2 upcoming dates you won’t want to miss!!

DeAnne and the Shining Ones on Awaken To Happiness Now with Shefali Burns
Theme: The New Human – Activating New DNA and Consciousness
Tuesday August 4th, 2pm eastern
This telesummit is FREE but you must sign up to listen!

Lots to attend to and keep up with and BE PRESENT TO for the Light tribe! Remain IN your hearts and neutral in your interactions and all will be well, because all IS truly well.

With much LOVE to you all,
DeAnne, the Shining Ones and the New Human Team that cruises the Universe on your behalf! ✨?✨

Quartz from the Mountain – a gift to mark the opening of the Lion’s Gate Portal! 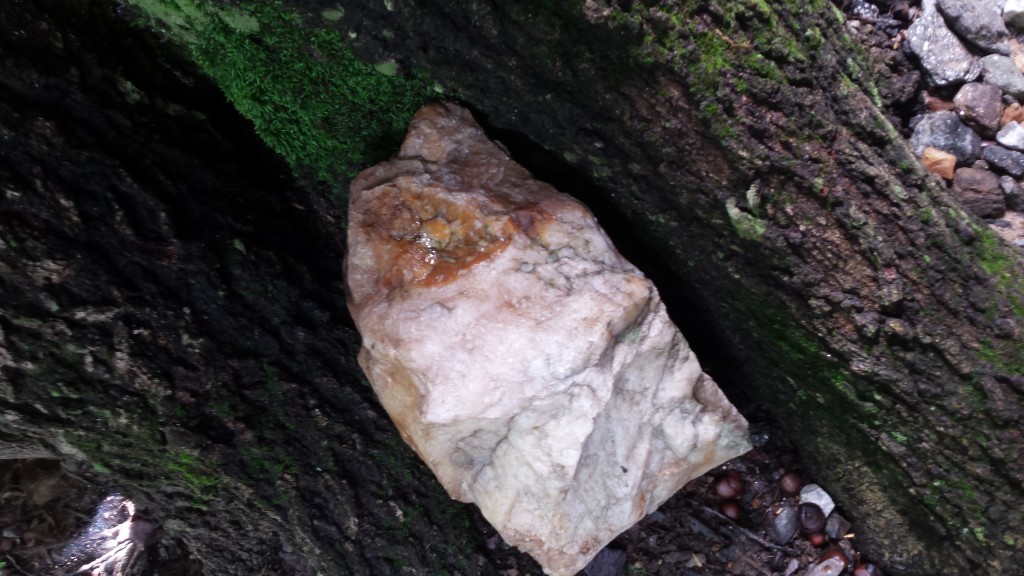 5 comments on “Welcoming The Lion’s Gate”